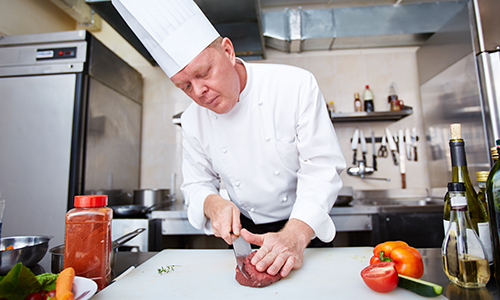 3 Reasons to Avoid Processed Meat and Choose Fresh Meat Instead

Good news if you’re a carnivore because in today’s article we’re going to be talking meat. Specifically, we’ll be talking about the risks and downsides associated with eating processed meats and why eating fresh meat is much better for your health.

Protein is arguably the most important of the three macronutrients (the other two being carbohydrates and fats) and because meat is such a fantastic source of protein, it’s easy to see why so many nutritionists advocate its consumption.

The problem with meat is that not all of it is fresh and as a nation, we’re consuming far too much processed meat and are paying the price.

Here’s a look at the dangers of processed meat and at why fresh meat should be your meat of choice.

N-nitroso compounds are substances which have been found to be carcinogenic, which in layman’s terms means that they cause cancer. The problem is that processed meats often contain them.

Nitrite in the form of Sodium Nitrite is added to processed meats such as bologna, salami, hot dog sausages etc, to act as a preservative. These Nitrites allow N-nitroso compounds to form which in turn means that processed meat can be dangerous and could potentially increase your risk of cancer.

Sodium chloride, also known as table salt, may give your food more taste, but too much of it can increase your blood pressure and put you at risk of hypertension and other cardiovascular issues.

The reason why processed meat lasts so long compared with fresh meat is because it is loaded full of preservatives, including sodium chloride.

Eating processed meat on a regular basis will increase your salt intake and put your health at risk.

Fresh meat, however, is all natural and is therefore free of salt, although a small sprinkling before serving won’t hurt.

Processed meat is high in saturated fats and trans fats which can increase LDL cholesterol levels and block the arteries, putting you at risk of heart attacks and strokes, amongst other things.

Not only that, but because processed meat is so rich in calories and unhealthy fats, it can lead to obesity and fatty liver disease, which could be fatal.

Most fresh meat such as chicken breast, turkey, and bison, is far leaner and contains virtually no unhealthy fats at all.

If you’re worried about the dangers of processed meat and want to clean up your diet and consume more fresh meat, download the TOOFRESH app – your ultimate platform for ordering fresh meat and you’ll be amazed by just how much better you feel.